Concentrating on resolving construction and surety law claims efficiently and satisfactorily, our team of highly-skilled lawyers have decades of experience counseling and representing clients in all phases of the construction process.

Our lawyers are especially adept at representing clients in state and federal courts, and before federal and state regulatory boards.

We cover virtually every legal issue in the construction and contracting of public and private projects including:

Our lawyers are continually apprised of the best practices within the entire field of construction law through their active involvement in specialized bar associations and leading construction trade organizations.

– Defending a national construction management firm from assertions that the company was liable for negligently operating, maintaining and repairing a city-wide sewer disposal system. Excessive rainfall had overwhelmed this system and caused extensive property damage to the plaintiff’s home. This case was dismissed on summary judgment in Rhode Island Superior Court, and the dismissal was affirmed on appeal to the Rhode Island Supreme Court.

– Defending a world leader in the manufacture and distribution of commercial heating, air-conditioning and refrigeration equipment in a breach of contract action in the U.S. District Court for the District of Rhode Island. The case involved the installation and design of energy-efficient micro turbines. Although a settlement agreement resolved an earlier dispute, the subsequent action concerned the defendant’s alleged failure to perform specific terms of that agreement. The case was dismissed following a three-day trial.

– Representing a leading general contractor whose performance bond for a subcontractor in default was fraudulent. The responsible agent still claimed to be associated with his former surety bond company that had earlier authorized two valid bonds for this general contractor. Moreover, the fraudulent bond appeared identical to the other two. Even though the agent had been fired, the surety company never notified contractors who might have relied on his “apparent authority.” Suit was filed in the U.S. District Court for the District of Rhode Island; the surety company’s motion for summary judgment to defeat this creative legal theory failed; and the case settled. 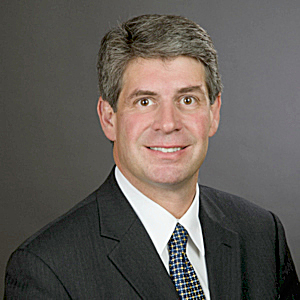 « Back to all practice areas