Peter is a Partner in the Litigation Department. He is admitted to practice in Rhode Island, Connecticut and Massachusetts. Peter represents insurance companies and their insureds, as well as local, national and international corporations, in a wide variety of matters. 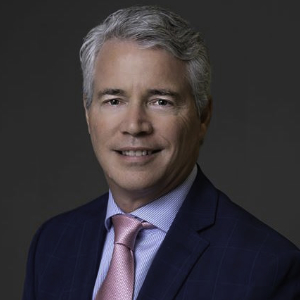 His primary areas of practice are premises liability, product liability, professional liability, coverage, retail and general insurance defense. He is actively involved in the defense of asbestos product liability claims in Rhode Island and Connecticut. He has achieved considerable success in defending trucking and bus companies as well as in litigating family law matters. He has also defended numerous liquor liability cases. Peter has tried more than 20 cases to conclusion in state and federal courts. He has also argued several appellate matters and has reported decisions in the Rhode Island Supreme Court.

Since 2003, Peter has served as part-time counsel to the Rhode Island House of Representatives Committee on Health, Education and Welfare. After graduating law school, he served as a law clerk to Justices of the Superior Courts for Connecticut and Rhode Island.

He is a member of the Rhode Island and American Bar Associations. He is also a member of ALFA International, the Defense Counsel of Rhode Island, Defense Research Institute, the National Retail and Restaurant Defense Association and the Claims and Litigation Management Alliance (CLM).

Peter has been selected by Super Lawyers New England over multiple years for his accomplishments in the areas of professional liability, personal injury defense and insurance defense. He was also recently featured in a leading business journal for his expertise in the area of premises liability law. A copy of that article can be found here.

In addition, Peter is the supervising partner for the firm’s Workers’ Compensation Department. He joined the firm in 1996.