For more than 20 years Paul has represented insurance companies and their policyholders, as well as local, national and international corporations, in a wide variety of litigation matters – both at the trial and appellate levels in Massachusetts and Rhode Island. 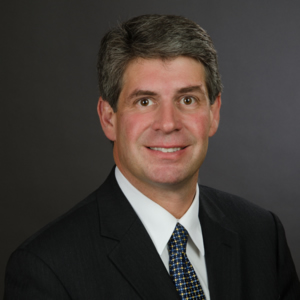 Paul is a Partner in the Litigation Department. He has tried more than 30 cases to conclusion in the state and federal courts and has numerous reported decisions in the Rhode Island Supreme Court, the U. S. District Court for the District of Rhode Island, and the U.S. Court of Appeals for the First Circuit.

An avid boater, Paul has a particular interest in admiralty and maritime matters including maritime torts, bodily injury, property damage and salvage cases.

Representative cases in the area of insurance coverage include:

– Successfully defending a leading national provider of property and casualty insurance against assertions that the two-year limitations provision specified in an insurance policy did not apply to the contract’s appraisal clause. Summary judgment was granted by the trial court and affirmed by the Rhode Island Supreme Court, which held that arbitration of damages payable under the policy was time barred by the plain language of the contract.

– Successfully defending one of the nation’s foremost providers of property and casualty insurance in an action for declaratory judgment to provide coverage for the defense and indemnity of a civil action filed in federal court in New York against the corporate policyholder. Brought by a large jewelry manufacturer, the case was dismissed on summary judgment in the U.S. District Court for the District of Rhode Island and affirmed by the U.S. Circuit Court of Appeals for the First Circuit on the grounds that the action in New York did not set forth a claim that would be covered by the policy.

– Successfully representing a publicly-held personal lines insurer in an action for declaratory judgment in the U.S. District Court for the District of Rhode Island which granted summary judgment on the ground that the insurer had “no duty to defend and indemnify” a civil action filed against the policyholder pursuant to a homeowner’s insurance contract.

– Successfully defending a leading regional insurance carrier against assertions that a pedestrian, who was struck and killed by an uninsured motorist, was entitled to coverage under a commercial automobile insurance policy. The corporation in which he was the sole shareholder and employee had obtained the policy. This complicated case was dismissed on summary judgment, and the dismissal affirmed on appeal by the Rhode Island Supreme Court.

– Successfully representing a publicly-held personal lines insurer in an action for declaratory judgment in the U.S. District Court for the District of Rhode Island to limit liability under a package policy for claims asserted by former tenants against the policyholder. The court ruled for the insurer and held that exposure to lead-paint poisoning constituted a “single occurrence” as defined in the policy.

– Successfully obtaining a defense-jury verdict in favor of the defendant, a major national and international construction company with headquarters in New England. The plaintiff in the case had requested that the jury award in excess of $3 million for personal injuries he allegedly sustained as the result of a slip-and-fall on ice at a large construction site at a college in Worcester, Massachusetts.

– Successfully representing one of the nation’s largest general contractors whose performance bond for a subcontractor in default was fraudulent. An insurance agent had represented that he was still authorized to issue surety bonds on behalf of the surety, which had previously issued two valid bonds through the same agent for the general contractor. Moreover, the fraudulent bond appeared identical to the other two. Even though the agent had been terminated, the surety company never notified contractors who might have reasonably relied on his “apparent authority.” Suit was filed on behalf of the general contractor; the surety’s motion for summary judgment failed; and the case was ultimately settled.

His representation of leading corporate clients in the industrial machinery, automobile, and food products industries in numerous product liability cases include:

– Successfully defending a world leader in the manufacture and distribution of industrial equipment in a breach of contract action in the U.S. District Court for the District of Rhode Island. The case arose out of the installation and design of energy-efficient, co-generation system, which utilized gas-fired micro-turbines to produce electricity, heat and air conditioning for an apartment complex. Although a settlement agreement resolved an earlier dispute, the subsequent action concerned the defendant’s alleged failure to perform specific terms of that agreement. Judgment entered in favor of the manufacturer following a bench trial.

– Successfully defending an ingredients supplier to a food product manufacturer that recalled an entire food product line following a nationwide salmonella outbreak. The case involved extensive forensic analysis of manufacturing records in order to trace the ingredients and products. The case was ultimately resolved within the insured’s policy limit despite a claim for damages that was more than four times the available coverage.

Among his many cases involving the transportation field, Paul was able to:

– Successfully defend a national automobile rental company against assertions that a negligent, unauthorized driver had constructive or implied permission from the rental car company to operate its vehicle. In this case of first impression, Paul obtained summary judgment in the trial court, which was affirmed on appeal by the Rhode Island Supreme Court which held the rental agreement defining “Authorized Drivers” provided the requisite proof to deny all liability in this case.

He has also prevailed at trial on numerous insurance defense matters involving premises liability claims and has a particular interest in maritime torts.

Paul joined Higgins, Cavanagh & Cooney in 1993 and lives with his wife and three children in Rehoboth, Mass.