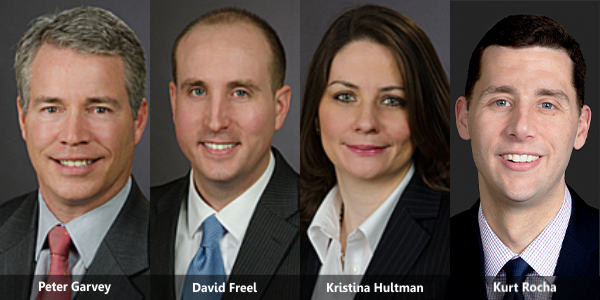 HCC partner Peter E. Garvey was recently recognized in the 2019 edition of Super Lawyers, New England for his expertise in the areas of professional liability, personal injury defense, and insurance defense.

Super Lawyers is a national rating service of outstanding lawyers who have attained a high-degree of peer recognition and professional achievement. The selection process includes independent research, peer nominations and peer evaluations. No more than five percent of the lawyers in Rhode Island receive the “Super Lawyer” designation.

Peter maintains an active litigation practice throughout Rhode Island, Massachusetts and Connecticut. He also defends businesses in matters of alleged negligence including premises liability, liquor liability and insurance defense. In the process, he has achieved considerable success in defending major retailers and companies involved in the hospitality field.

After graduating from law school, Peter served as a law clerk to justices of the Superior Courts for Connecticut and Rhode Island. He earned his B.A. from the University of Rhode Island and his J.D. from New England School of Law, where he graduated with honors.

In addition to Peter’s selection, partners J. David Freel and Kristina I. Hultman and associate Kurt A. Rocha were chosen as “Rising Stars” by Super Lawyers, New England. This marks the fifth consecutive year that both David and Kristina have received this exclusive designation. They were all recognized for their expertise in the field of civil litigation.

Kurt Rocha’s practice encompasses premises liability, personal injury defense, and insurance law. He is admitted in three jurisdictions: Massachusetts, Rhode Island, and Connecticut, as well as the United States District Court for the District of Rhode Island. Prior to joining the firm, Kurt worked at leading civil litigation law firms in New England.

To be eligible for inclusion as a “Rising Star” by Super Lawyers, New England, an attorney must be either 40 years old or younger, or in practice for 10 years or less.  No more than 2.5 percent of lawyers in any given state receive the designation of a “Rising Star” in any one year.